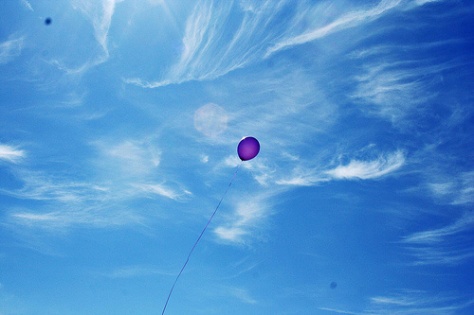 At first I thought going to a memorial service to say good-bye to Kolbe (the baby I just lost in miscarriage) was that last thing I would do.  The thought of making myself emotionally vulnerable and go back into the wound that I just wanted to walk away from was the least appealing idea to me.  Yet, when the priest at my Church texted to tell me that the cemetery that Kolbe was to be buried at had a memorial service being offered the very next week after losing my baby, it seemed to be an invitation from God. Either that or it was very coincidental that within a week of miscarrying there was a service being offered. Then he told me that the day it was offered was the very day we had a meeting scheduled anyways so he knew I would be free.

I have begun to see these kind of coincidences as ways in which God is gently nudging me in a particular direction.  They are painful nudges, but they are invitations that I have begun to understand as doors God the Father desires for me, His daughter to walk through because He want to take me deeper, closer and farther in my spiritual walk towards Him.

I can refuse these invitations, but I some how know if I do I will be staying right where I am.  A couple of years ago I began recognizing these invitations for the first time.  I did not realize that I was always being invited and had even accepted many of them.  Instead I had thought I was just “experiencing” deeper intimacy here and there, randomly.   Then it happened.  I was in Florida at a Healing Retreat dealing with the shit storm of what is my life and I heard the Holy Spirit prompt me to accept His invitation.  That is when I recognized that I am always being given invitations.  What do they look like? Usually they look very painful.  That particular night the invitation was clear.  “When I invite you, say yes.  If you do, I will heal you.  If you don’t, you will stay where you are.” The Holy Spirit was telling me that even when it was scary and felt like dying that if I trusted Him and said yes to whatever it was He was inviting me to, that on the other side of it I would find healing.  It is as if you are blind-folded and walking through traffic and someone is reaching their hand out on the other side telling you to walk toward them.  As scary as that felt, I still heard Him saying “Trust Me.”

Even now I am having a hard time articulating the intense fear and reservation that still accompanies his invitations.  That invitation in Florida, the one that opened my eyes to see that I am always being invited, changed my life.  I call it my undoing because I was undone, but then I was made new.

I heard the invitation to walk into the loss of this baby when it would be so much easier to just continue marching forward and get on with my life.  It is so easy to do with all of the things on my calendar.  I could easily slip away from it all and just try to forget.  Yet, here I was standing in a cemetery listening to poems being read out loud by other women who just lost their babies.  The most beautiful part of the ceremony was the moment the woman there handed me a purple balloon in honor of Kolbe.  As it was placed in my hands the tears slipped out of my eyes and down my face.  To hold something in my hands that was for Kolbe broke open the stones I had tried to put around the wound in my heart to keep from feeling the loss.  One of my most favorite songs ever started playing as we were invited to say goodbye in our own private way.

I watched  a mother and three children each take a balloon and tie a note to the string.  They released their balloons together and I watched as she kneeled on the ground holding her children and watching with them as the balloons rose in the air carrying their little notes with them.

Looking back at my own balloon I closed my eyes for a brief moment and I swear I saw Kolbe holding hands with his siblings in heaven, laughing and running chasing after the balloons like children do.  Then I did what I must always do  when I am going to accept an invitation sent to me from God my Father.  I let go.